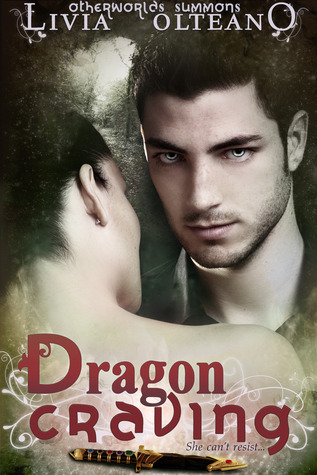 The world holds few secrets for Oracle Elana Anderson, or as her fans know her, Ela Deville. Successful author of paranormal romance, Ela has a secret: not all her paranormal characters are quite that fictional. She hardly expected she’d trigger a chain of events that might bring about the end of the world via a pesky dragon. Rendered blind to visions of him, Ela’s only way to save her world is to keep the dragon close…very close.

Obitus, the only awake dragon in the Otherworlds, is determined to get back the magic that was stolen from him and secure his position for a good thousand years. Becoming Akai’s new guardian after getting rid of the current one is the best way to it. But that means getting Ela on his side. He’ll bargain and maneuver his way there if he has to, but ends up tormented by the desire to have her for real.

In a game of deals, half-truths and irresistible cravings, does one heart have to break in order for the other to save the world?